Dr Quam is a 15-year veteran of the British South Polar Agency, having spent twelve seasons in Antarctica and overwintered five times.  In 2008 he was awarded the Cherry-Gerrard Medal for his research on Adelie Penguin colonies. This is his first season at Zodiac Station.

Professor Ashcliffe has spent over thirty years studying polar mammals, including ground-breaking work on leopard seals and polar bears. He read biology at Trinity College, Cambridge, and earned his PhD under Professor Ernest Clitheroe. He is the author of numerous books and articles, and has lectured widely in Europe and America. In 2011 he was awarded the Worldwide Fund for Nature's Lifetime Achievement medal.

Martin Hagger is an eminent evolutionary biologist who helped pioneer the concept of 'cold genesis' - the theory that primitive life evolved in cold water near the poles, not the hot tropical 'primordial soup' that's usually assumed. This is his third season here, after successful visits in 2012 and 2013 which provided the data for a highly significant Nature paper. He is a fellow of the British Academy, and a recipient of numerous awards including the Biotechnology Heritage Award.

A native of Connecticut, Dr Bob Eastman PhD majored in Physics and Astronomy at Colby College, Maine, and earned his PhD in Infrared Astronomy at Rutgers University, New Jersey. He is currently a finalist for a major NOAA grant.

Fritdjof 'Fridge' Torell studied at the University of Tromso and UNIS (Svalbard), and is now a Lecturer in Atmospheric Sciences at the University of Aberdeen.  He is a senior advisor to the Intergovernmental Panel on Climate Change (www.ipcc.ch), and a consultant on Arctic policy to Greenpeace. 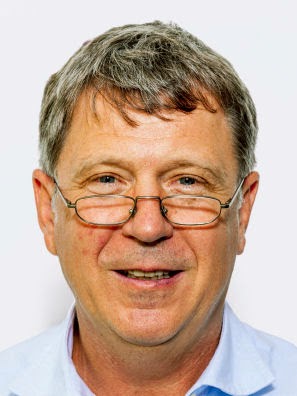 Sean Kennedy worked for many years as a GP in Dublin, before itchy feet and a love of the cold led him to apply for a post at Zodiac Station.  When not tending to the crew's aches and pains, he enjoys photography, fossil hunting, and following Ireland's progress in the 6 Nations.

Greta is in her third season at Zodiac Station.

A native of Perth, Australia, Stuart has swapped sun and surf for snow and ice. He has extensive experience flying supply helicopters for the oil and gas industry in Western Australia, Indonesia, Russia and the North Sea, before joining Zodiac Station this year. In his downtime, he enjoys playing the guitar and listening to music. 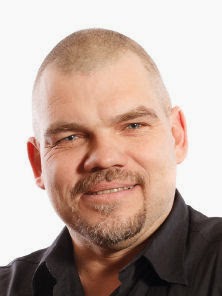 Originally from London, Danny served as a cook aboard cruise ships in the Mediterranean and Caribbean, before heading north to Zodiac. When not cooking up the delicious meals that keep staff happy and healthy, he's an avid reader and contributor to websites including sacred-texts.com and atlantisquest.com.