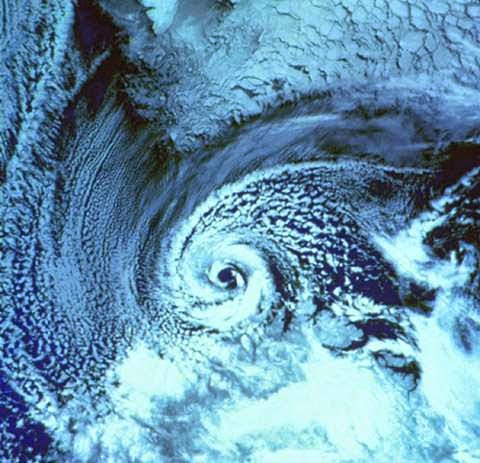 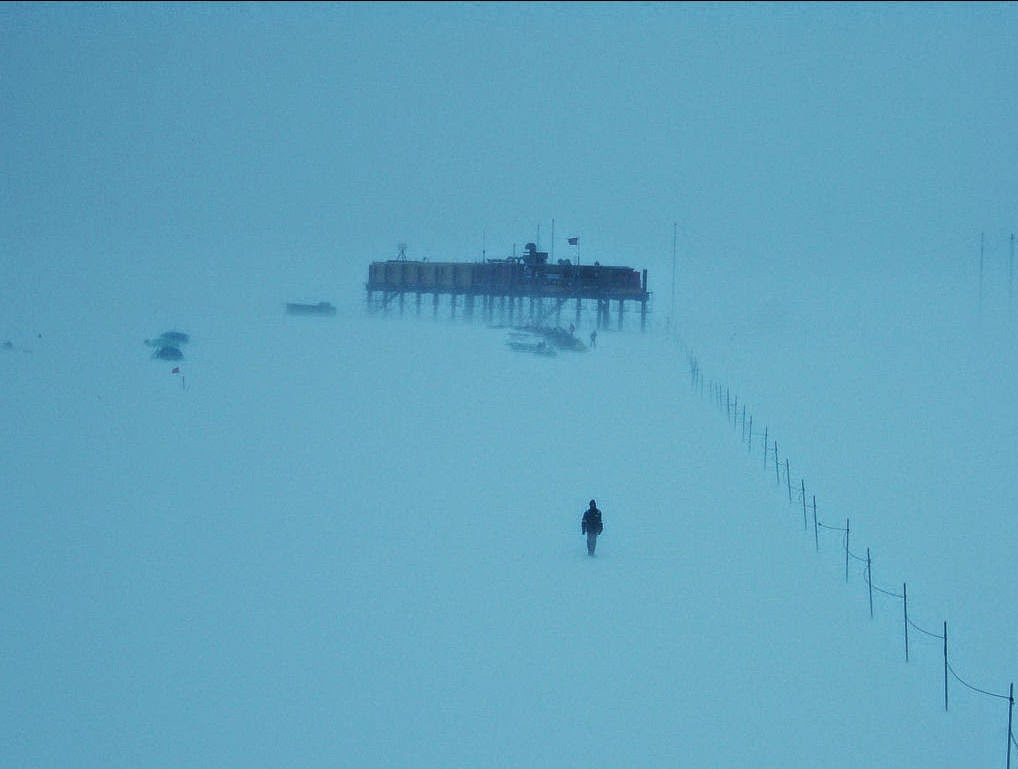 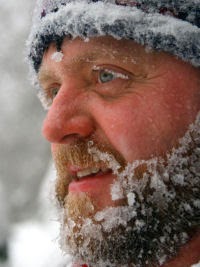 We get a lot of questions about what an 'average day' at Zodiac Station is like, what sort of science we're doing here at the end of the world.  So to give you a snapshot, here's what the team are doing today. 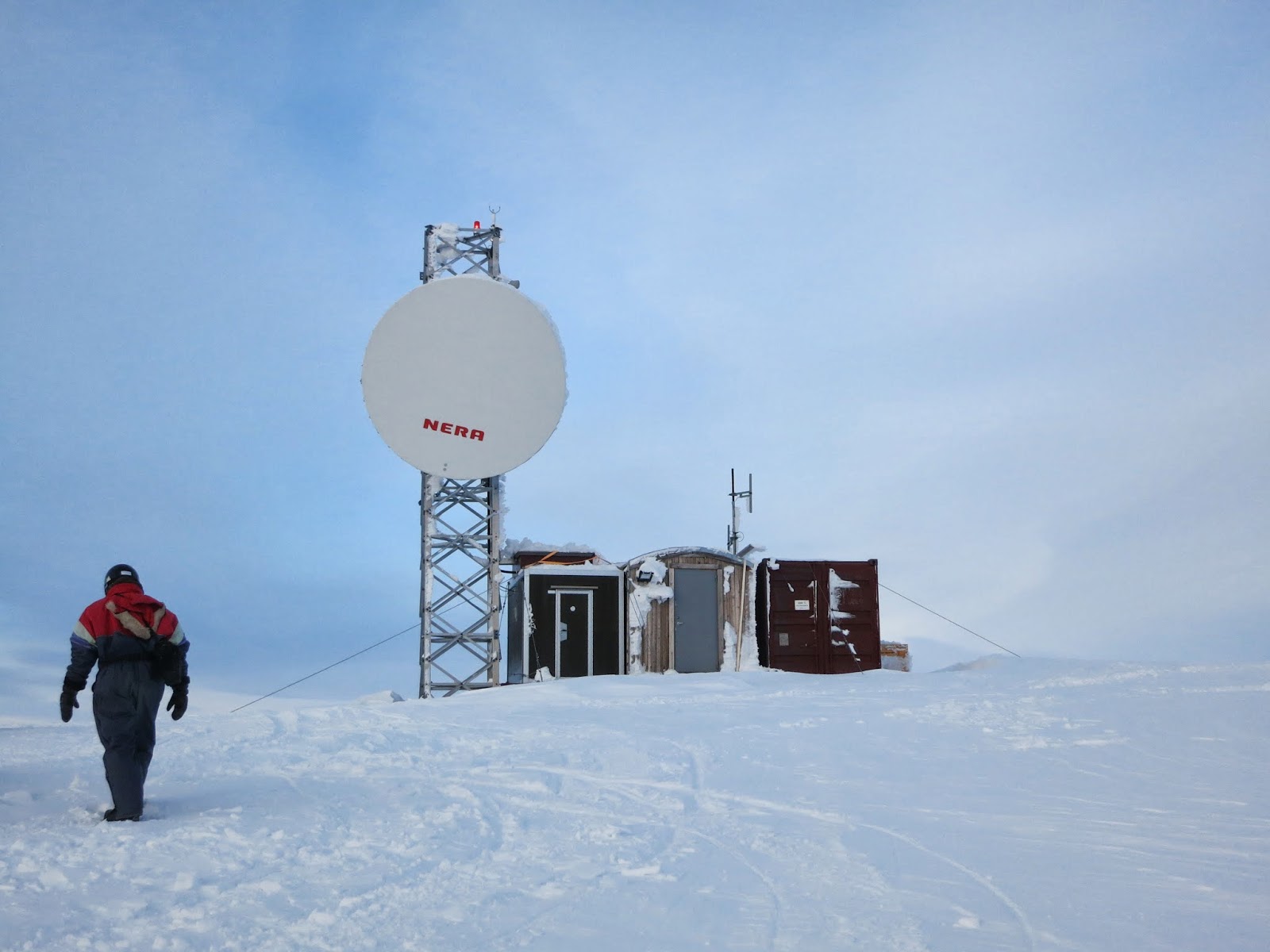 Dr Eastman will be checking his instruments on top of Mount Olsen.  He's running a series of experiments examining the electromagnetic properties of the Aurora Borealis. 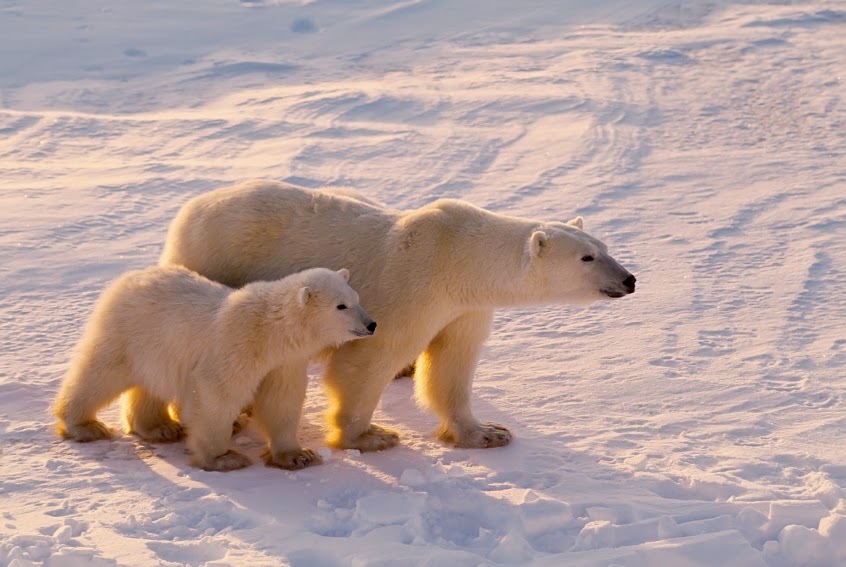 Professor Ashcliffe is taking out the helicopter, looking for polar bears to tag with radio collars. Females should just be emerging from their winter dens around now with their cubs. Although globally the polar bear population is under severe threat from melting sea ice, here on Utgard Prof Ashcliffe reports it's never been stronger.  Though we haven't seen so many around Zodiac this year.

Flying the helicopter is our pilot and resident Australian, Stuart Jensen. Who says he never gets tired of views like this: 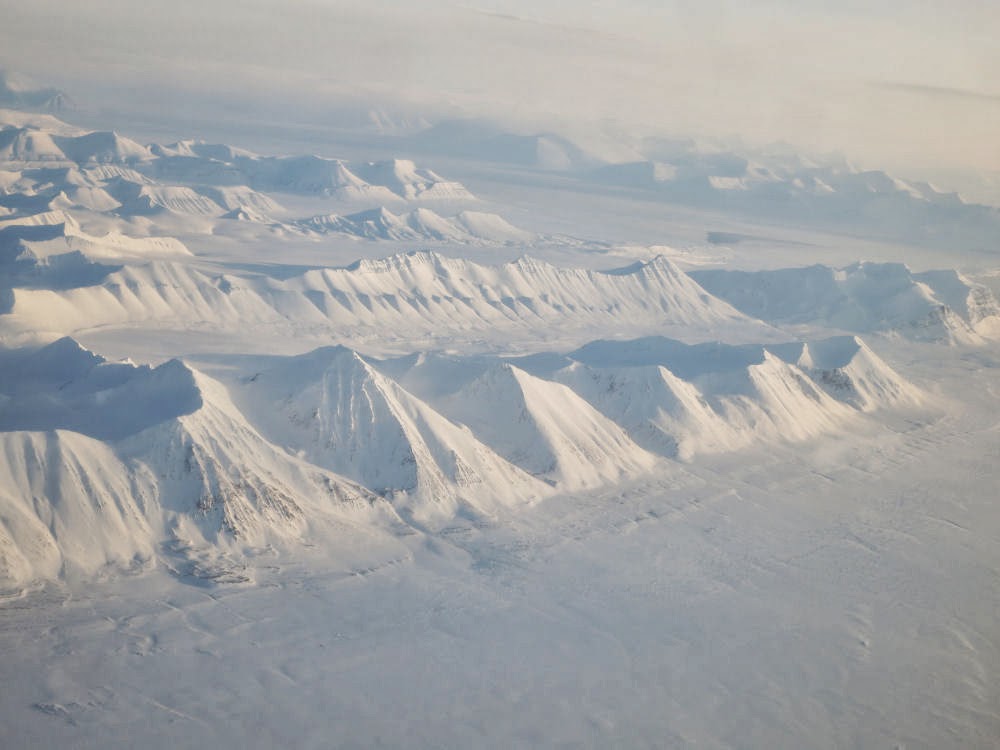 Meanwhile, Professor Hagger and Dr Kobayashi are leading the team at Camp Gemini, our home-away-from-home up on the ice dome.  Dr Kobayashi and her students are currently drilling the deepest ice core ever taken on Utgard, while also trying to map drainage flows through the glacial system (pictured). Professor Hagger is sampling the sea ice around the Helbreen Glacier front for evidence of early life. 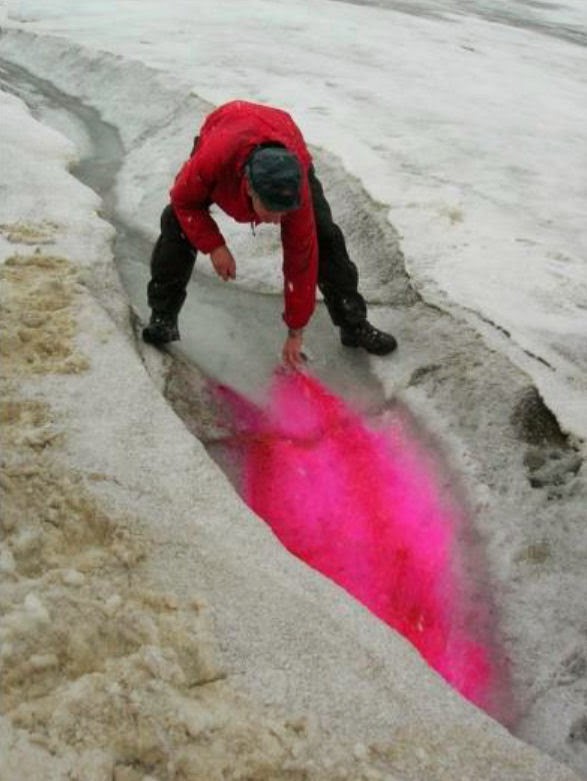 
And the rest of the team will be staying at Zodiac: checking instruments, maintaining equipment, analysing data in the labs, and preparing for the supply flight due in from Tromso this afternoon. 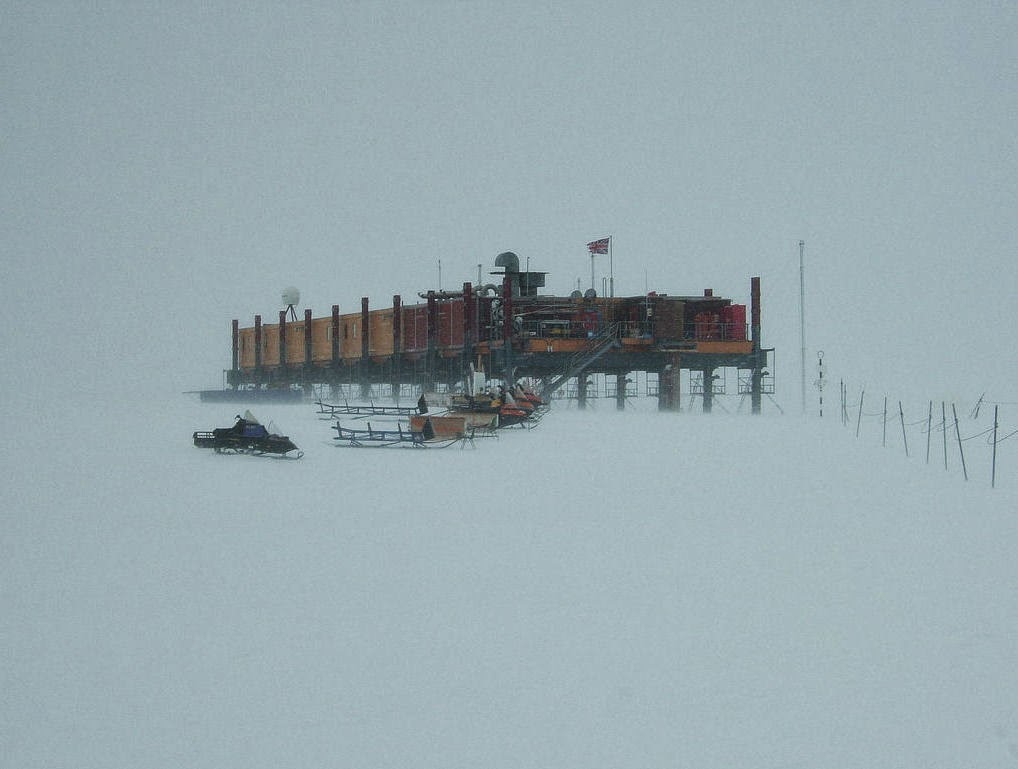 So as you can see, everyone's keeping busy. And tonight we'll all rendezvous back at the platform for movie night, a Zodiac institution. Tonight's movie is Alien, which we'll be washing down with plenty of beer and popcorn.

All in all, just another average day in the snow.

Posted by Zodiac Station at 08:00 No comments:

A big Arctic hello to the scientists and crew of the US Coast Guard cutter Terra Nova, which will be in the neighbourhood for the next couple of weeks on their spring deployment. The sea ice where they are means they won't make it to Zodiac this year, but we'll be thinking of them.

They've promised us a photo soon.  Meanwhile, here's a clip of her sister ship, the USCGC Healy.

Posted by Zodiac Station at 10:39 No comments:

Email ThisBlogThis!Share to TwitterShare to FacebookShare to Pinterest
Location: Utgard

It is a matter of concern that confidential Zodiac Station scientific data has been published without our consent on a third-party website.

The data, which relates to ongoing studies of climate variation, was published on the website of the Planet Climate Action (PCA) group. PCA is well known as a campaigning organisation sceptical of global warming and human-induced climate change.

Contrary to PCA's assertions, the data does not show evidence of a marked slowing in climate change, nor that Zodiac staff used any untoward methods to 'hide' this 'evidence' with statistical trickery.

We have contacted PCA repeatedly asking them to remove the data from their servers, and to inform us how they obtained it. At the time of writing, they have not responded to our requests. We will pursue all avenues, including legal options, to gain redress.

Dr Francis Quam, Base Commander of Zodiac Station, said, 'Scientific progress depends on the free and open pursuit of knowledge. This leak strikes at the heart of the trust which is the foundation of scientific endeavour, and of the Zodiac Station community. We have launched a rigorous internal enquiry to discover how these confidential data were leaked, and will prosecute the culprits to the utmost of our ability. Any Zodiac personnel found to have been involved will be summarily removed from the station.'
Posted by Zodiac Station at 15:32 No comments:

All Work and No Play Makes Jack a Dull Boy

Hopefully by now you'll have gathered that we work pretty hard here at Zodiac. Time is short, and budgets are tight, so we have to use our time here as efficiently as possible (it's amazing how 24-hour daylight encourages long working hours). But that doesn't mean we never have any fun. 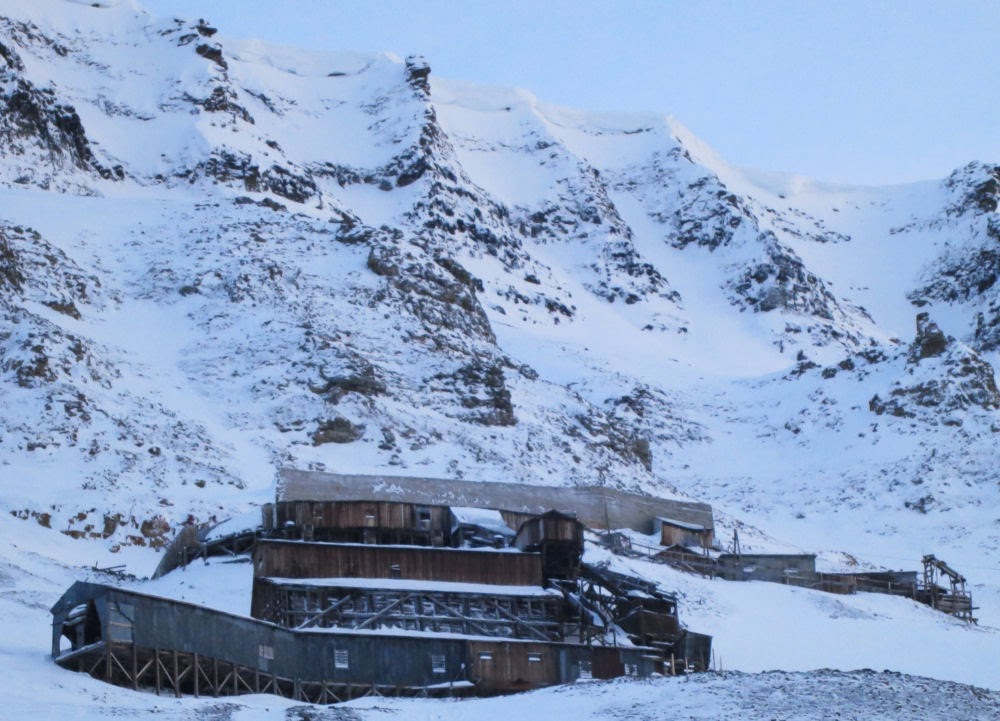 Since Utgard was only discovered a hundred-odd years ago, there isn't a lot of history or culture. But we do have a genuine ghost town in the north of the island - the old Soviet mining colony of Vitangelsk, and the abandoned mines around it. They've sat derelict since the Russians withdrew in 1991; a spooky place for a day out. If it's tourist attractions you want, this is pretty much it. But be aware: the Utgard Treaty forbids taking souvenirs. 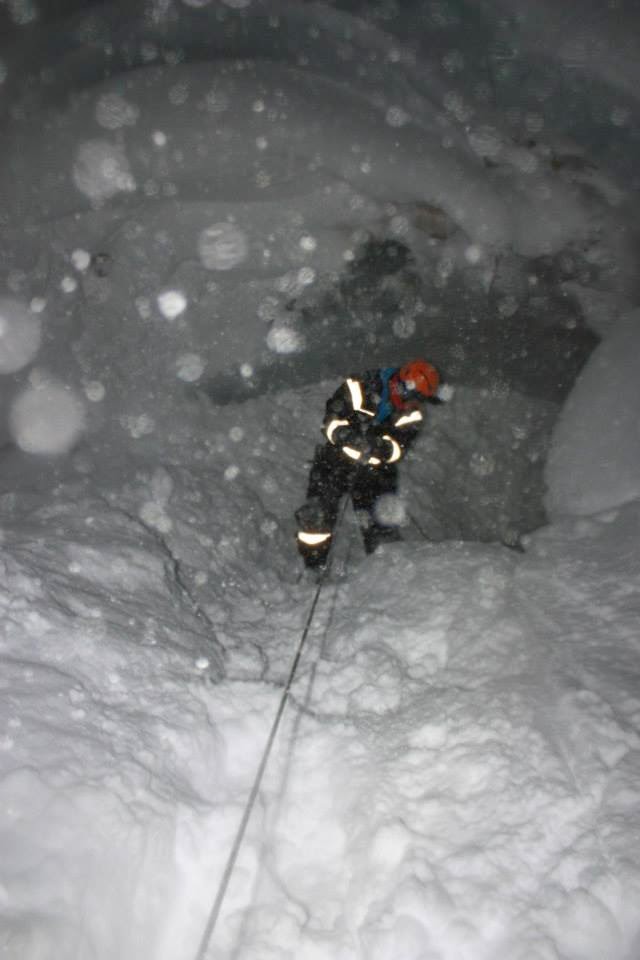 Some of us have to climb down crevasses and moulins for work. And some of us do it for fun! Above, a picture that shows the weather's never too bad for a spot of snow caving. Below, a crevasse on the Helbreen glacier. Come on in, the ice is fine! 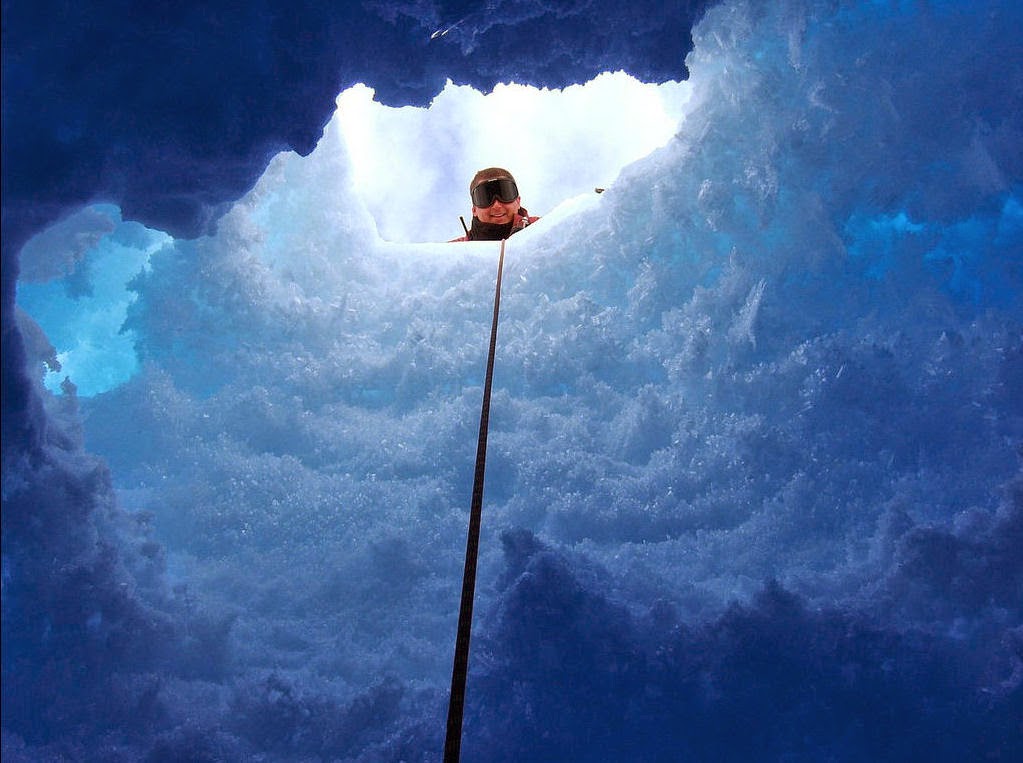 And when it's too cold to go out, we have regular movie nights and themed dinners on the Platform, a pool room which has to be seen to be believed, and state-of-the-art entertainment technology in the radio room. 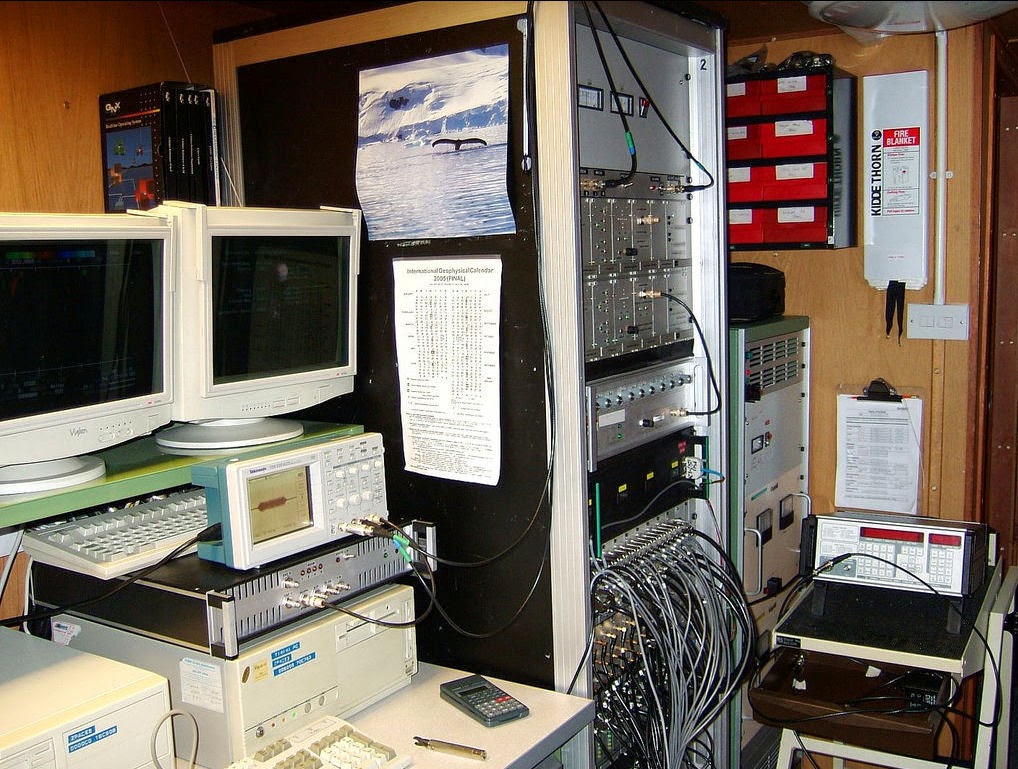 Posted by Zodiac Station at 13:00 No comments: